Camping isn’t for everyone.  Sure, there’s purists that think it must be done in a tent, without electricity or any creature comforts, then there’s some that recognize the convenience of an RV or camper.  The thing with campers is, they don’t get used all that frequently, so they’ll last for decades but often sit accumulating issues without anyone paying attention to them and their look and décor becomes outdated.  I think a small camper redo would be a great mini-flip project, and I recently saw an adorable one in the June issue of Country Living.  Mandi Gubler of VintageRevivals.com revamped her 1973 Bell Travel Trailer into some retro-kitsch-cuteness.  Can you believe the transformation?  It’s adorable.  Here’s a few before and afters of her trailer, “The Nugget”: 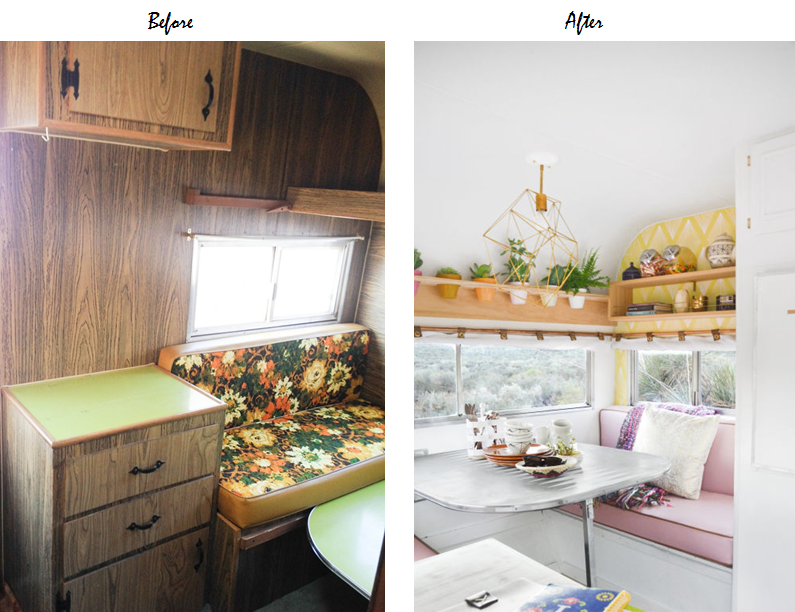 I found that there are quite a few camper renovations out there that deserve some showing off so I thought I’d share them here.  This first one from The Noshery kept some of the unique vintage appliances, polished them up and mixed them with modern decor. 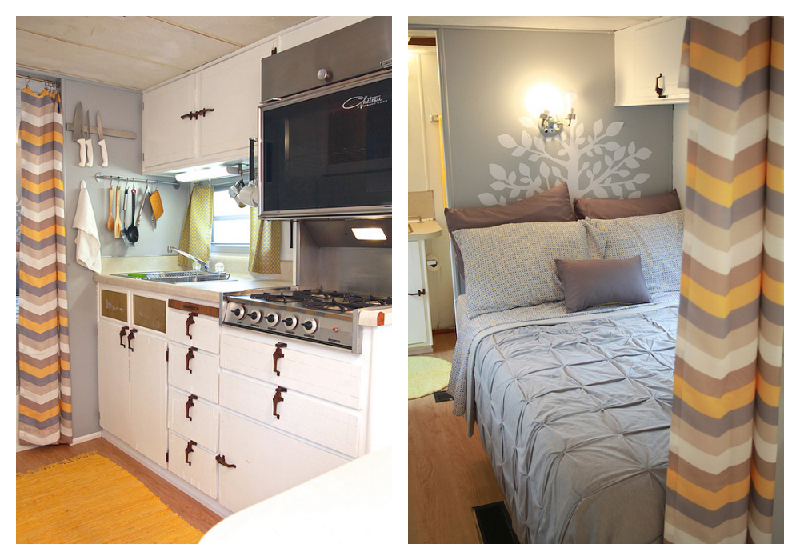 This one  from Fancy Farmgirl (whose blog it seems sadly doesn’t exist under that name any longer)  is light and bright, making the space seem so much larger. 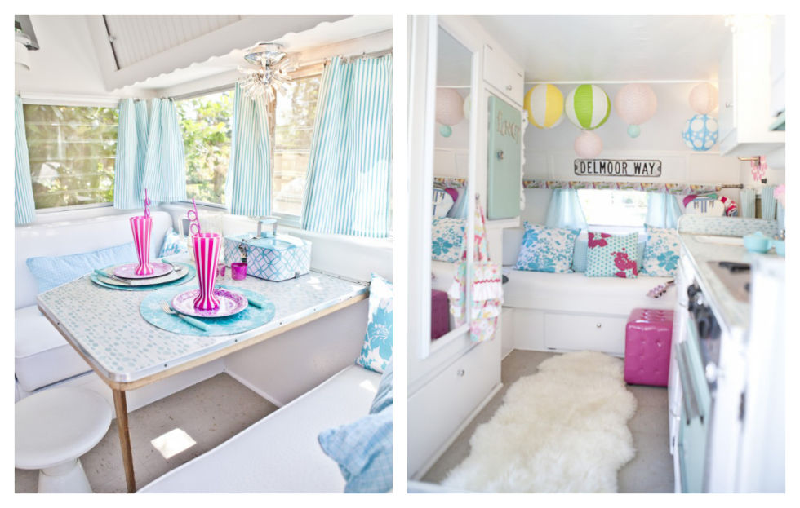 These camper renovations are makeovers of quintessential Airstream trailers, with their telltale stainless steel  accents and domed roofs. 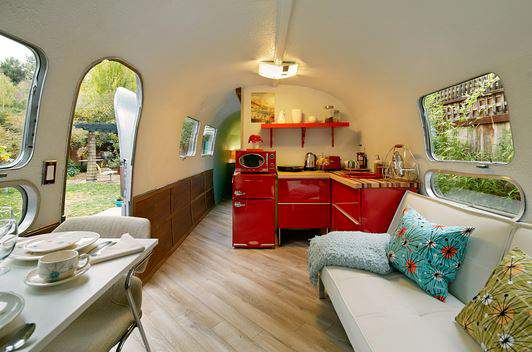 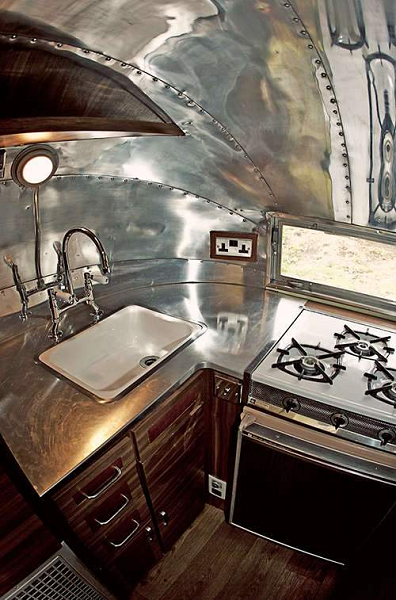 And finally here’s another before and after highlighted by Country Living.   The change from old fake wood to bright aqua ceiling and white cabinetry bring this Airstream into the current decade.

This makes me want to embark on finding a camper to flip…. I can hear my husband grumbling now… but no worries honey, for now, you’re in luck, I’ve got nowhere to park it.