About 2 years ago we bought a new TV for our family room.  We mounted it smack in the middle of the only real wall in that room, the others being covered in windows or too short to accommodate it.  This created a really awkward situation for the rest of the wall.  It was just too … well… blah.  Even with a large TV the wall was too stark, too naked.  Placing a piece of art on just either side of it would be too matchy-matchy.  For a while I considered covering the while wall in a dark hued board and batten, but ultimately rejected that idea because it may have looked out of place next to the adjacent colonial style chair rail molding in the dining room.  I finally decided on a black and white full-wall gallery.    And yup, it took me 2 freakin’ years to do it.  Well, at least that’s when I started collecting frames at yard sales and from the Ikea “as-is” area.  In actuality it took me maybe 2 active months, once I thought I had collected enough frames, art and photography.  And by the way, if you ever embark on a full gallery wall, you’ll never have as many frames as you think you do.  I ended up scrounging and painting frames from all over the house to fill any leftover blank spaces.

I really should have taken a true before photo with the lone TV hanging on the wall, but alas, I didn’t, so the best before shot I have is the wall covered in brown craft paper that I moved around ad nauseam to get everything placed right where I wanted it. So here’s the before: 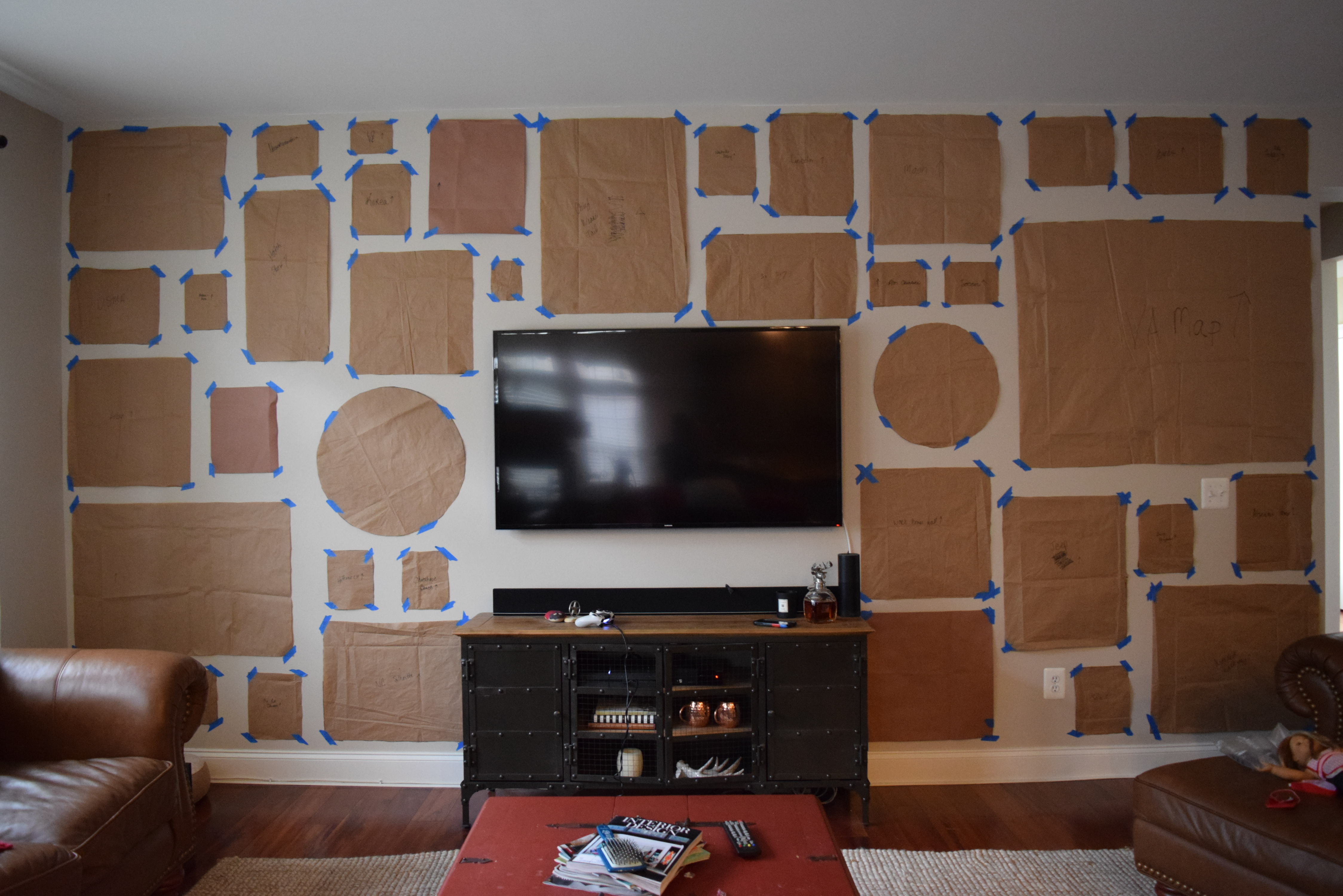 And the after…. so much better than staring at the starkness of a TV and blank wall!  A great way to disguise a TV without having to cover it up! 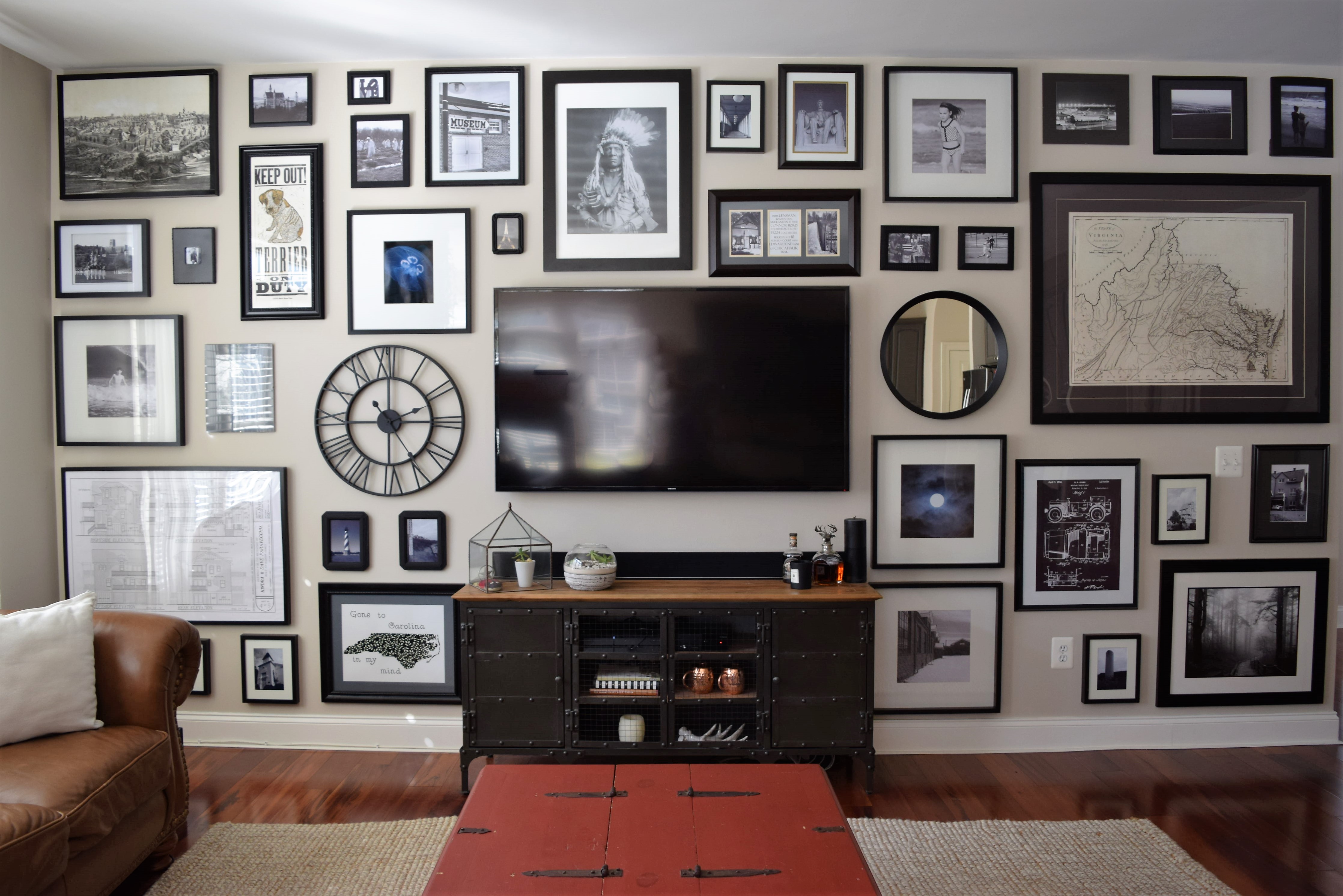 Do you have a gallery wall to share?  Add a link to your favorite in the comments.